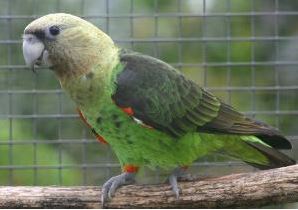 Donate to the CPWG

If you make a donation to the CPWG please send an email to Prof Colleen Downs | downs@ukzn.ac.za providing the date, amount and reference details for your donation so that we can personally thank you! The Cape Parrot Working Group is currently updating the Cape Parrot Studbook and creating a Cape Parrot DNA Bank. We are putting out a call requesting owners and breeders of Cape  Parrots (Poicephalus robustus) to consider participating in these endeavours.

The Cape Parrot Studbook aims to provide an accurate up-to-date overview of all Cape Parrots kept in captivity, including those in breeding programmes and pets. Ideally the studbook should hold information on every single Cape Parrot currently in captivity with details of birds (including those now deceased) that have bred in captivity to show the pedigree and relationships from the original founding birds. The studbook aims to provide a resource that contains information which is useful in providing important insights to assist the conservation of the species both in captivity and the wild. As with most parrot species Cape’s are relatively difficult to observe in the wild, and whilst not mirroring wild populations, avicultural records can still provide information. For example, information on age at first breeding, clutch size, and longevity can be useful in determining effective population sizes in the wild.

The studbook can also provide useful information on the captive population. Issues such as inbreeding and relatedness become increasingly important over time and it is useful to be able to look at the population history. Unlike many of the management studbooks which form the basis for genetic and demographic management of populations, Cape Parrots are mainly held in private collections and so are not managed by the studbook keeper. However, the studbook keeper can be called upon to offer advice to breeders wishing to locate birds that are unrelated. It should be noted that all owner details will remain confidential to the studbook keeper unless otherwise requested.

To compile this data the studbook keeper, Shaun Wilkinson, has an onerous task! He needs to track down the histories of Cape Parrots of unknown origin, link these to others that have disappeared from one location and seem to have reappeared at another, and tie in all new births. If you own Cape Parrots please do consider participating. If you have any questions or wish to add your details to the studbook please contact Shaun (details below).

There are currently (as of 2017) over 450 Cape Parrots listed in the Cape Parrot Studbook, with details from more birds awaited. Hopefully there will also be an increase with this years chicks. The majority of these birds are in South Africa and mainly held by private individuals and aviculturalists, but also include birds maintained in three South African Institutions. There are also 30 birds from an European Institution whose details are held within the studbook.

Note: the details of birds that are both dead and alive are maintained in the studbook – dead birds are of interest as they provide background details on the relatedness of individuals 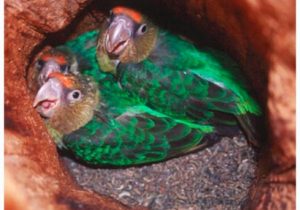 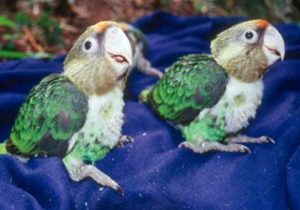 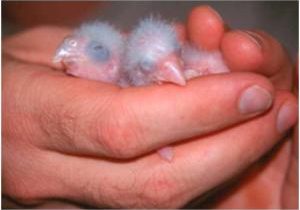 Very little is known of their breeding habits in the wild and Cape Parrots have not bred freely in captivity until recently. Breeding success in captivity has been reduced by mortality caused by psittacine beak and feather disease.

A wide range of human societies, from indigenous communities of the Amazon rainforest to the technologically-developed  societies of the northern hemisphere, assign considerable value on parrots as pets. Their unparalleled popularity lies in their ability to mimic human speech, their colourful plumage, potential for tameness, and high-level intelligence. Demand for parrots by the pet bird and aviculture trade results in the legal and illegal harvesting of wild birds worldwide. However, there is little knowledge of their breeding biology or reproductive success to determine sustainable harvesting rates. This knowledge, together with information about population-regulating mechanisms, such as limiting nest site availability or heavy predation, are necessary for effective management.

Live capture for the pet trade and the subsequent illegal wild-caught bird trade in Cape Parrots has played a significant role in the descent of the species towards possible extinction. Cape Parrots were first reported as“cage birds” in South Africa around 1897 by which time most of the yellowwood forest had been depleted, and for the next 75 years were a popular pet in households within their distributional range. One writer at the turn of the 20th century remarked that “(Cape Parrots) do not take kindly to confinement; out of the several which, to my knowledge, have been caged in this neighborhood, not one seems to have survived more than a few weeks”. Over subsequent decades hundreds, if not thousands, of Cape Parrots were captured for the pet trade in South Africa. Culminating in a flourishing trade in wild Cape Parrots around 50 years ago, whereby, according to one witness, school children near Umtata in the Transkei used caged Cape Parrots to call down wild Capes flying overhead into fishing nets – these parrots were subsequently sold for £1 each. In 1962, another record documented that 23 wild Cape Parrots were sold for R19.00 per bird by one trapper. At that time, in the north-eastern Transkei ladders were permanently in trees known to have Cape Parrot nests so that chicks could be poached annually.

Since 1974, anyone in  possession of a Cape Parrot must obtain an aviary license and permit from the local District Conservation Officer, and movement between provinces requires the relevant import and export permits. Despite protection under these licenses and permits, other provincial ordinances, and national legislation (e.g. the Biodiversity Act (Act 10: 2004) there continue to be reports of illegal trade in the species.

The IUCN/PAAZAB Cape Parrot Studbook provides our best up-to-date overview of all Cape Parrots kept in captivity, monitoring all trade, movement, lending schemes, births, and deaths. Maintaining the studbook often involves investigating the histories of Cape Parrots of unknown origin, linking these birds to others who have disappeared from one location and reappeared in another. The CPWG supports the captive breeding of registered Cape Parrots as an insurance policy for the species, and to offset demand for wild-caught Cape Parrot primarily due to poor availability of captive-bred Cape Parrots. We need to facilitate the advancement of avicultural techniques to ensure the long-term security and self-sufficiency of the captive Cape Parrot population. An established, genetically sound captive Cape Parrot population could be very useful in education programs and displays, bringing this elusive species of the high canopy to the South African public. To this end, the CPWG continues to support established Cape Parrot breeders, such William Horsfield (Amazona Endangered Bird Breeding Facility), who in addition, has been a long time supporter of Cape Parrot conservation in the wild and captivity.

© University of KwaZulu-Natal: All Rights Reserved